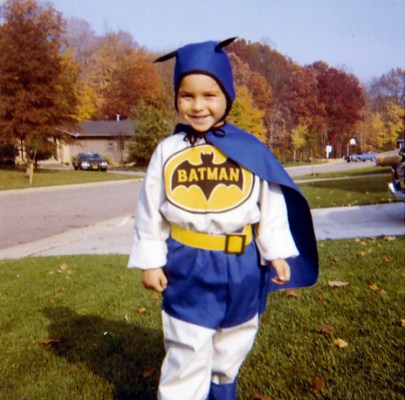 If your first experience with Parkinson’s disease (PD) was anything like mine, I went into a state of shock, disbelief, and a spiral of “what do I do now” syndrome. That was a long, long time ago, here in this galaxy, not so far away.

Since then, I have had almost 28 years to digest and understand (or at least try to) what it means to face the diagnosis of Parkinson’s disease. While in my very first neurological waiting room I found myself, a 23 year old, surrounded by much older patients in wheelchairs with various conditions. At the time, I, like most of the public was positive from all that I knew that only the elderly get Parkinson’s disease. A few years after my diagnosis, it was bittersweet reinforcement from Michael J. Fox’s release of diagnosis that Parkinson’s was not exclusive to those over the age of 60. I would like to think the world outside of the Parkinson’s community has a grasp on the nuances of our Illness, but I think I would be wrong.

Many are surprised that I was diagnosed so young despite that the face of Fox has largely become synonymous with this Illness. Both, he and I and many others that I know are not anomalies. We are young and we are a growing segment of the population with Young Onset Parkinson’s disease.

At the time of my diagnosis, I was said to be in the rare two percentile of patients. Now, according to the Parkinson’s Disease Foundation (PDF) it is estimated four percent of people with PD are diagnosed before the age of 50. It is estimated that 60,000 new cases are diagnosed a year and somewhere between 1 million to 1.5 million people in the United States are living with it. The truth is, until data collection is put in place, all these numbers are sheer speculation. To learn more about data collection for Parkinson’s disease and what you can do go to http://parkinsonsaction.org/our-work/data-collection/.

Neurological disorders largely remain a mystery mainly due to the sheer complexities of the human brain. Better government funding, a drive for expediency, better institutional sharing and cooperation about data, and a public outcry that urgency is required right now must be reiterated over and over.