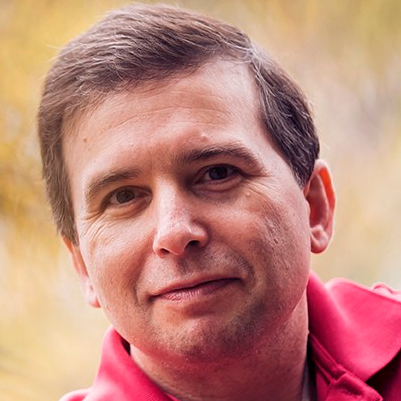 Karl Robb has had Parkinson’s disease (PD) for over thirty years. With symptoms since he was seventeen years old, Karl was diagnosed at the age of twenty-three. Now fifty-four, he is a Parkinson’s disease advocate, an entrepreneur, an inventor, an author of two books (A Soft Voice in a Noisy World: A Guide to Dealing and Healing with Parkinson’s Disease and Dealing and Healing with Parkinson’s Disease and Other Health Conditions: A Workbook for Body, Mind, and Spirit) with his wife and care partner, Angela Robb. He has blogged for twelve years on his website, ASoftVoice.com. He is a Community Team Member to ParkinsonsDisease.net and is a contributor to PatientsLikeMe.com. Karl is a board member of both the Parkinson Voice Project and Parkinson Social Network based in Virginia. He was an active board member (6 years) and an advocate (18 years) with the Parkinson’s Action Network (PAN).

His blog, ASoftVoice.com, has been recognized six years in a row by Healthline.com as one of The Best Parkinson’s Blogs of 2020, 2019, 2018, 2017, 2016, and 2015!  Healthline.com also listed the book A Soft Voice in a Noisy World in their list of Best Parkinson’s Disease Books of 2017! FeedSpot.com has recognized ASoftVoice.com for 2018 and 2017 as a Top 50 Parkinson’s Disease blog. Karl was a blogger for the 2016 World Parkinson Congress in Portland, Oregon. He is a frequent speaker on Parkinson’s disease issues as well as an experienced advocate for Parkinson’s issues throughout the United States. He is also an advisor and consultant on Parkinson’s disease.

In his free time, he is a photographer, constant writer, longtime magician, and a practicing Reiki Jin Kei Do master.

Karl received a Bachelor of Arts degree in English from the University of North Carolina at Chapel Hill. He has been featured by The New York Post, BBC Radio, CBS News, National Public Broadcasting (NPR), The New Republic magazine and NHK World Television, as well as several Washington, D.C., television stations.

He is available for speaking engagements, writing guest blog posts, video and audio interviews, Zoom presentations and more to share his experience living with Parkinson’s disease for over 30 years.  Please contact him at asoftvoice@gmail.com for your next event or meeting.

Karl Robb is not a medical professional and this information is his personal view. He is sharing his medical journey with you, the reader. We encourage everyone to seek all avenues that can benefit your condition.

Daily Quotes
If you think a thing is impossible, you'll make it impossible. Bruce Lee