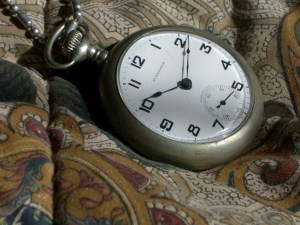 I don’t endorse products but I will tell you this, “I love my Netflix!” Thousands of movies , classic television shows, and documentaries  all conveniently ready to watch anytime you want. It really is remarkable!

As an avid film buff and movie-lover, I wanted to share some of my favorite films that are available on Netflix. Many of these films are timeless. Some hold memories or were just for pure enjoyment. If you can’t decide on what to watch tonight or this weekend, give my list a try. Let me know if you watch something on my list:

The Black Stallion – An inspiring story of a boy and his horse. Incredible photography and cinematography! I find it captivating. Drama

Things Change – A seemingly light movie with a deep meaning. The movie flows well and the dialogue is just plain fun. Joe Mantegna and Don Ameche are superb together. Comedy/Drama

My Bodyguard – An early film on bullying and a creative solution to fighting back. Not a great masterpiece of cinema but it was a childhood standout. Worth checking out. See Matt Dillon in one of his earliest roles. Drama

Tender Mercies – One of Robert Duvall’s finest big screen performances is in this film. If you enjoyed Crazy Heart, then  you are sure to enjoy this precursor. I put this film in my top 10 favorite films of all-time. Drama

Good Will Hunting – Matt Damon and Ben Affleck teamed together to make this film happen and succeed. Robin Williams shines in this film. Chemically, the cast gels and the dialogue is fast and furious. It may be a little dark at times but it is also clever and playful too!  Drama

Super Size Me – The documentary maker from West Virginia, Morgan Spurlock, cleverly and with great wit shows the results of what too much fast food can do to your body. This movie makes you think about what we choose for sacrifice of time. Documentary

Apollo 13 – Ron Howard’s epic film on the Apollo 13 mission that was so valiantly saved due to the bright minds of NASA.  It may be a long film but it is a good one. Great cast with Tom Hanks, Ed Harris, Gary Sinise,  just to name a few. Star studded and well-done. Drama

The Graduate – Dustin Hoffman is so perfect in this role. The movie is an eternal classic with the best in directing, acting, music, etc. You can’t go wrong with this film. Drama

Sling Blade – Billy Bob Thornton in his best role ever. A dark and simple character who is misunderstood by everyone but a  lonely boy who he befriends. Dwight Yoakum  and the late John Ritter are excellent as supporting cast members. Drama

Searching For Bobby Fischer – A father and son learn to communicate through the child’s gift for the game of chess. I love Joe Mantegna in this movie.

Die Hard – Bruce Willis in the role that made him a box office star. Fun popcorn and chocolate covered raisin shootem’up!  Action

This Is Spinal Tap – A nonstop laugh fest of gags and hilarious chatter between the boys of Spinal Tap, a fictitious  hair metal rock band. This rockumentary  takes you behind the scenes of this band and provides insight to who they really are.  A really clever and just plain funny movie!  Comedy

La Bamba – I love Ritchie Valens  music and if you watch this movie you may become a fan too. He was one of those music makers that died far too young. Lou Diamond Phillips does a good job with the role and the movie moves at a good tempo. Worth checking out. Drama

Bite The Bullet – A classic fast-paced Western with a great cast including Gene Hackman and Candice Bergen.  This one deserves a look if you like westerns. Western/ Action

Hud – Paul Newman in one of his best roles. A real classic film.  Drama

Giant – An epic film with some of the greatest actors of all-time: James Dean, Elizabeth Taylor, and Rock Hudson to name just a few. It’s a long flick but you’ll never notice. Western/Drama

Field Of Dreams – One of the greatest baseball movies ever, but a movie that transcends sports. A sentimental movie that has meaning and thought behind it. The kind of movie you can watch more than once and still get something out of it.  Drama

This is a smattering of movies that cover a wide genre of themes. I hope that if you are looking for a suggestion that you might just take a chance and try one of these oldies but goodies, even if you have seen it once.  These films are mostly PG/R rated and should be approved by parents of underage viewers.